10 signs that a guy likes you 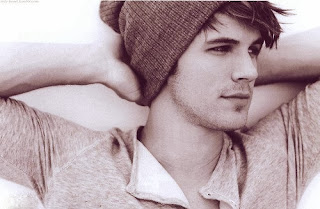 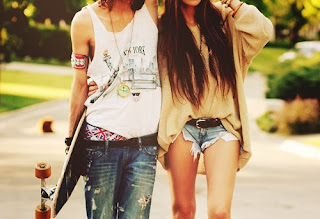 1. Watch His Eyes
It’s very easy to tell if a guy is into you just by watching his eyes. Unlike other body parts that we can control, our eyes are different. If someone (male or female) is excited or has strong feelings about something, their pupils dilate. So, if you are talking to a guy and you see that his pupils are dilated it’s quite evident that he likes you and is even turned on by you.

Also, when talking, you can tell by the way and looks and you and the way he pays attention to you. If a guy makes eye contact often it tells you a lot. We often reveal far more than we desire through our eyes so be sure to look for this next time when you see him.


2. He Feels Happier Around You

This may seem like obvious advice but it’s very often overlooked. The simple fact that a guy can’t hide his smile around you or the fact that he is often overexcited tells you all you need to know. Sometimes you’ll even see that the guy blushes easier just because you’re there. If he’s fond of you or likes you this is the sort of stuff that will reveal his feelings, you can even put him to them to the test.

This is another prime example of what guys do to be in the presences of someone they have strong feelings for. Think about the activities you love and if you see him doing them with you it’s evident that he wants to spend more time with you. Example a guy watches “The Notebook” with you…

It doesn’t matter what his feelings are towards your interests, he will do them just so he can be in your presence more often.

4. Spending His Weekends With You

This happens involuntarily because when we like someone we just want to be around them all the time. The guy won’t sit down and think “Hey, if I hang around all day with her she’ll know that I’m head over heels for her” No! The guy just does this because he feels it’s what he wants to do the most over this weekend. So, if a guy wants to spend his weekend with you, it’s clear that you mean a lot to him.

We’re all concerned, at least to a degree about our friends and relatives but, when you’ve got a guy that’s overly concerned about you, it can only mean one thing. He’s truly into you.

If he asks you if you had lunch, offers his coat when you’re cold, wants to take you to the doctor even if it’s a minor thing it means he’s overly concerned about you.

This is ok at times but I do know it can become frustrating other times. The fact is, it’s just one of those things a guy can’t control. We have it in our instincts to “take care of our woman” and such instincts only kick in when we feel something for her – which is a good sign if you were wondering if he’s into you or not.

Ok so these first 5 ways show you if a guy is into you, but what about being really into you? What about being in love with you? Well the next 5 ways will take you a step further.

6. Loves To Touch You

Did you just get a new pair of earrings? Well he’s probably going to want rub his fingers innocently by your ears as he checks them out. Any man that likes a woman will want to touch her, all the time. It’s not a perverted way of touching, but more a sensual one. Guys love to make contact and if they really like you this is involuntary.

If you’ve got a guy constantly touching some part of you, it’s quite evident that he’s really into you. We just can’t stop it, we want to feel you all the time, it feels natural to us and it’s another way of asserting our masculinity. So, if you feel the same way of course, you, as a woman, should naturally respond to this by touching us back.

7. He Gives You a Nice Nickname

Nicknames are a fantastic, somewhat involuntary way for men to show their emotions. See, unlike women, it’s much harder for us to show emotions but a nickname is an easy way to do it. We basically take a person we like and give her a nickname, by doing this we associate that nickname with a feeling (usually pleasurable feeling) so, whenever we say that word we feel that feeling. It’s outstanding how different we are as human beings but this is a very basic way for a guy to show his emotions.

Also, the more he calls you by that name the more he wants to feel that feeling, which proves that this guy is head over heels for you.

8. Your Birthday Is Everyday

This is probably one of the most obvious ones but nevertheless important. If you’ve got a guy sending you flowers at work, buying you gifts, taking you out all the time – without a doubt he’s into you. If he’s still doing this even after you’ve had sex, he’s probably in love with you.

Again, men are not good at displaying emotions and often think that presents and treating a woman is a good way to do it. Well, regardless of your opinion on this issue; make sure you cherish these early stages of the relationship because at least then this is how guys display their affection.

9. Pays Attention To Your Needs
This is another one of those things that are completely involuntary when a man is into a woman. It becomes even more evident when you’re in a group of HIS friends. If he gives you special attention, more attention that to his friends then you’ve got him because any guy that gives you more attention than he gives to his friends is obviously caring much more about you.

We, as humans, talk about what’s on our minds so, naturally, when you fall in love with a person – that person is always on your mind – and as a direct result all you talk about is that person.

If you meet up with his friends and they say stuff like “We’ve heard so much about you” “Oh, It’s great to finally meet you” and even when you start telling a story about you guys they say “Ah, we know…your guy already told us” it’s quite evident that recently, all he’s been talking about is you.

Also, if you’re out with his friends and they pay attention to what you say, do and how you feel, you can know for sure that you’re guy already told them that he likes you and wants them to be on their best behavior to impress you.

This is very important to a guy, and I do it as well. Here’s why: men do this because if a guys has his friends to be nice to you then you will feel good around his friends (meaning you can hang out more together) but this also has a double effect because if YOU are having a nice time you will also be pleasant and as a direct result, his friends will also like YOU. It’s funny because they were nice to you in the first place and now they like YOU because of that.

So, to simplify, if a guy goes to all this trouble for you, he’s probably in love with you.
- See more at: http://thesinglewomanguide.com/10-ways-to-tell-if-a-guy-is-really-into-you/#sthash.z6V5Eyip.dpuf

Email me with the latest eye shadow tutorials!